Welcome to our music page!

In 2017 The Melissa Neels Band began working on their 2nd studio release, an 11 song cd written by Melissa and produced by Paul Niehaus IV of Blue Lotus Studios called “Let it Grow”. Featuring a coming of age song, “Rockin Lovin Woman” backed with soulful horns by Dawn Weber on trumpet and Matt McKeever on saxophone. A fast, rollicking, piano heavy song called “Cold as Ice” that was also featured on The St. Louis Blues Society 17 and 17 cd. The first rock track of the cd, “Show Me Love” that features driving harmonica by Howard Young and a southern rock guitar feel by Melissa. “As Bad As I Want You” a sexy song with saxophone provided by Matt Fogarty to match the bluesy guitar notes by Melissa. A funky song “Let The Music” that also features funky keys by Matt McCauley, and horns by Dawn Weber and Matt McKeever. In the song “She’s Got You” speaks of a love that never blossomed. Features the harmonies of Jen Norman, Matt McCauley and Stu Massey and an Allman Brothers like dual guitar solo with Paul Niehaus IV on slide guitar and Melissa on her Lucille. The last track on the cd “Down Like Rain” features funky bass by Stu Massey and solid drums by Bud Rager, intense keys by Matt McCauley, and guitar and speaks of the struggles of addiction. 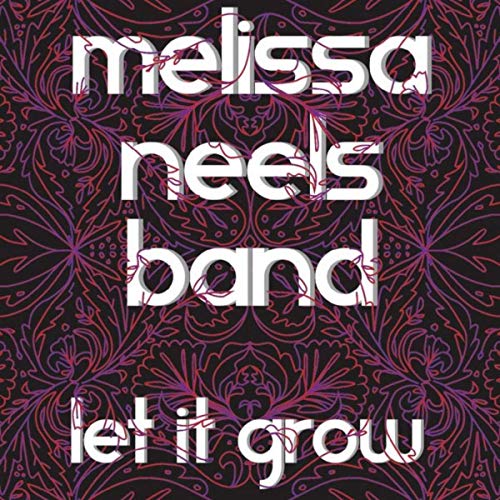 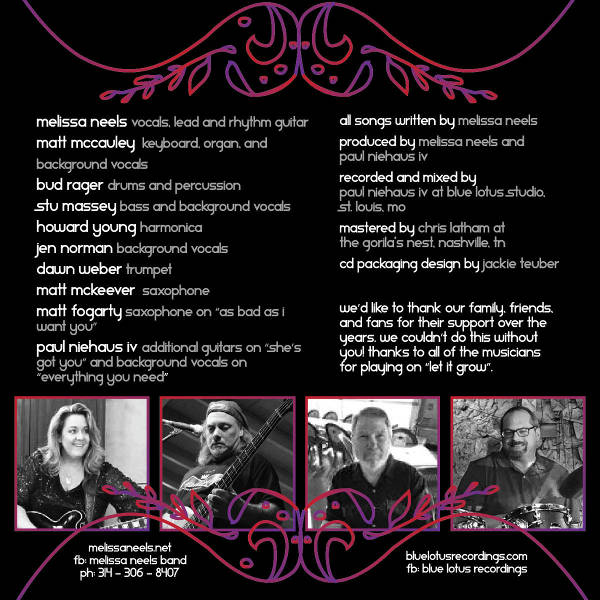 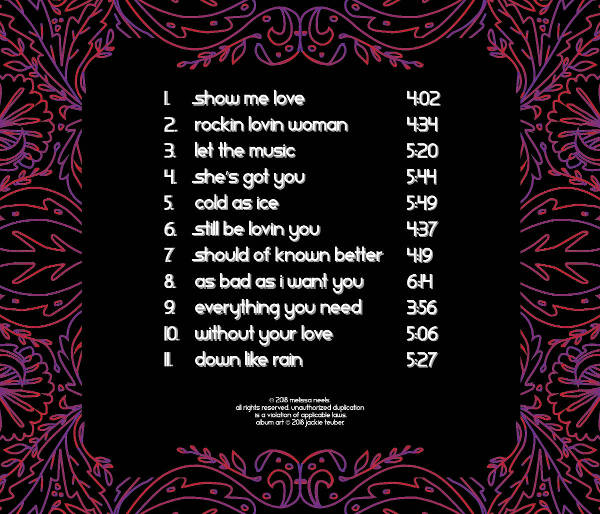 Melissa Neels Band's new album "Let It Grow" is a great release that really showcases Melissa's strengths as a songwriter, guitarist, and vocalist. She has a crack band that supports her to the fullest on the album. Although she is an adept blues guitarist and vocalist, she straight up rocks out in organic fashion on this new album. Her sound is representative of the melting-pot of St. Louis music, ever hard to pin down to a single genre. On "Let It Grow" she takes listeners on a journey from hard rockin' party music to vulnerable and tender ballads.

The cd “Shine” is made up of 10 original songs that span the genre of blues and rock and also features an acoustic song. Filled with bluesy and stinging guitar riffs and a commanding piano the cd “Shine has something for everyone. You will love this 4 piece blues band. Songs written by Melissa Neels and produced by Steven Martin. Songs like “Broadway” about fun times in the St. Louis blues bars or “Norma Lee” about her Grandma Norma. The title track “Shine” is a soulful love song. 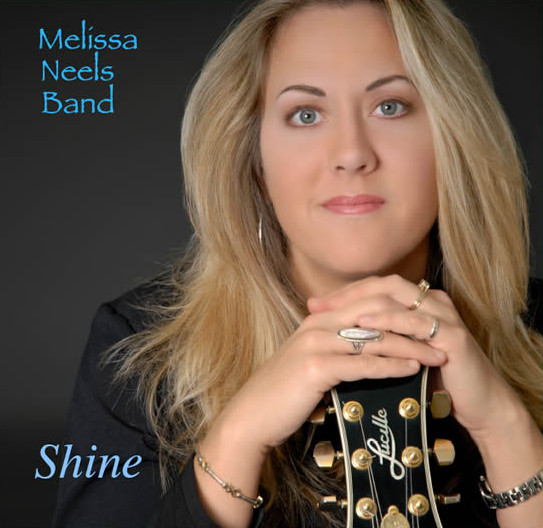 Some testimonials on Melissa 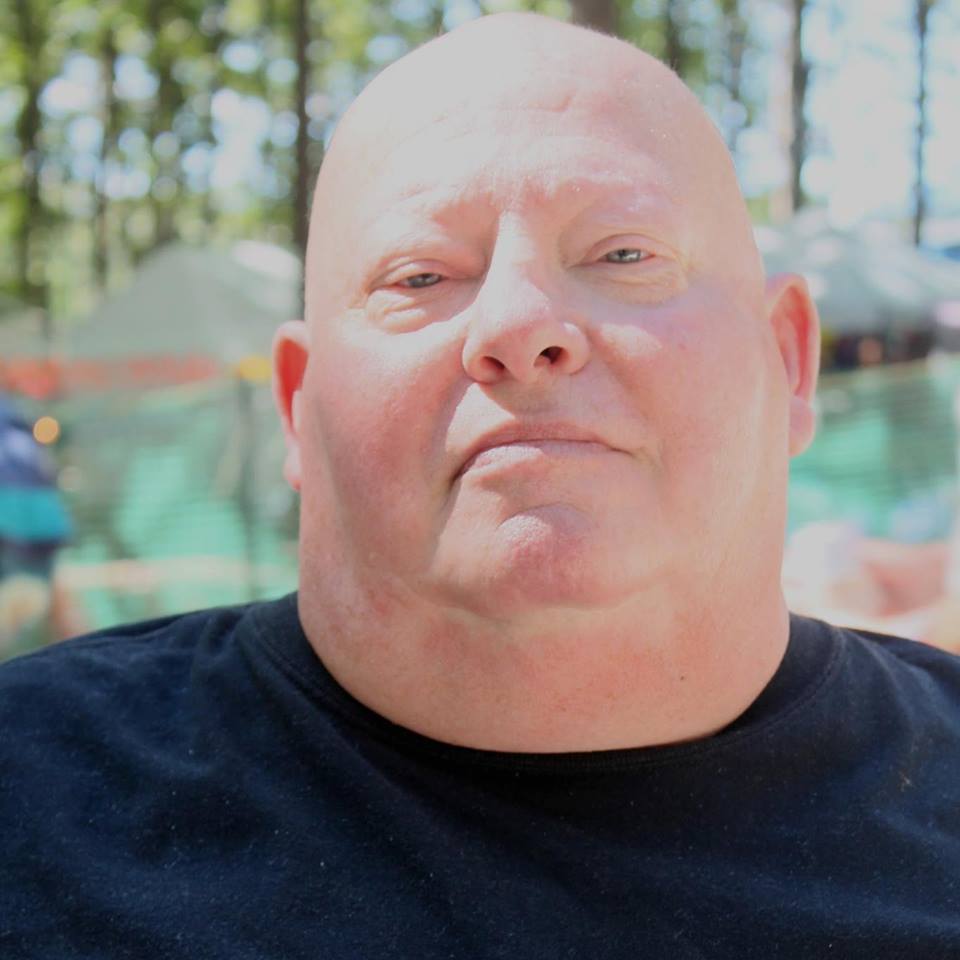 Don Lanier pearlproaudio.com
Read More
"Melissa Neels is a dynamic blues woman! She has the presence and style to be the next big thing in blues. She has excellent presence on stage and her ability to bring the audience into her world. I highly recommend Melissa for anyone wanting a blues show. Her original material is excellent and I hear at least two songs on the new album that radio needs to hook into. Melissa Neels is THE REAL DEAL." 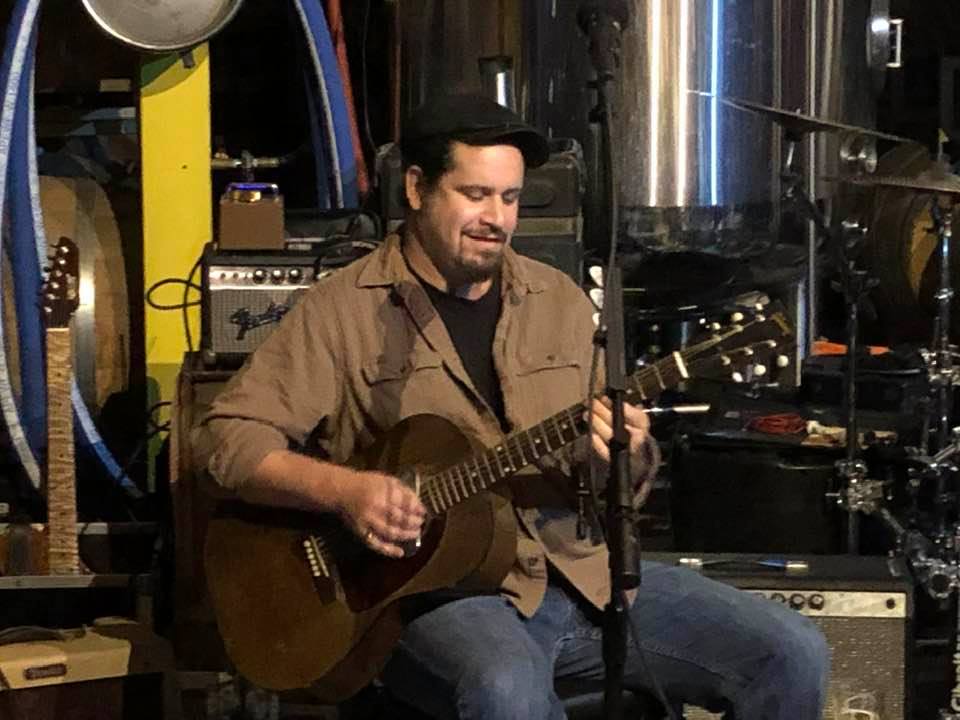 Jeremy Segel-MossProducer Baby Blues Showcase
Read More
"Melissa is one of St. Louis' up and coming blues musicians. A damn good guitar player too! Her styles range from Bonnie Raitt to B.B. King mixed with a strong dose of St. Louis. Catch her live....Melissa's energetic live performances are really her strength and every show brings something new!" 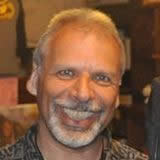 Dave BeardsleyPublisher, STLBlues.net
Read More
"The sizzling sounds of The Melissa Neels Band are always a pleasure. Great blues women of the 20's helped launch this genre, and Melissa carries the baton today!" 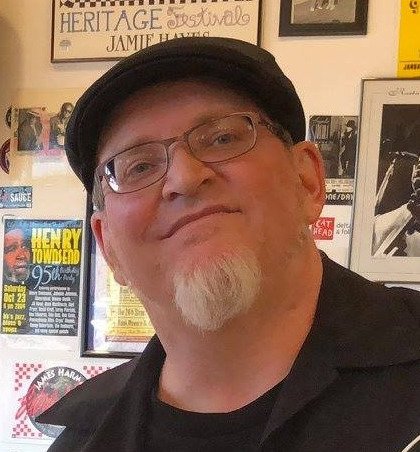 East Side Slim ( Lee Howland)DJ at KDHX Radio 88.1 FM
Read More
Melissa Neels’ music is uplifting, positive rock ‘n’ blues, a sure-cure for whatever ails you! Melissa broadcasts a message of inclusion & acceptance for EVERYONE, everywhere she appears. Experience the love with the Melissa Neels Band – get on out and see/hear them performing for YOU throughout the St. Louis region! 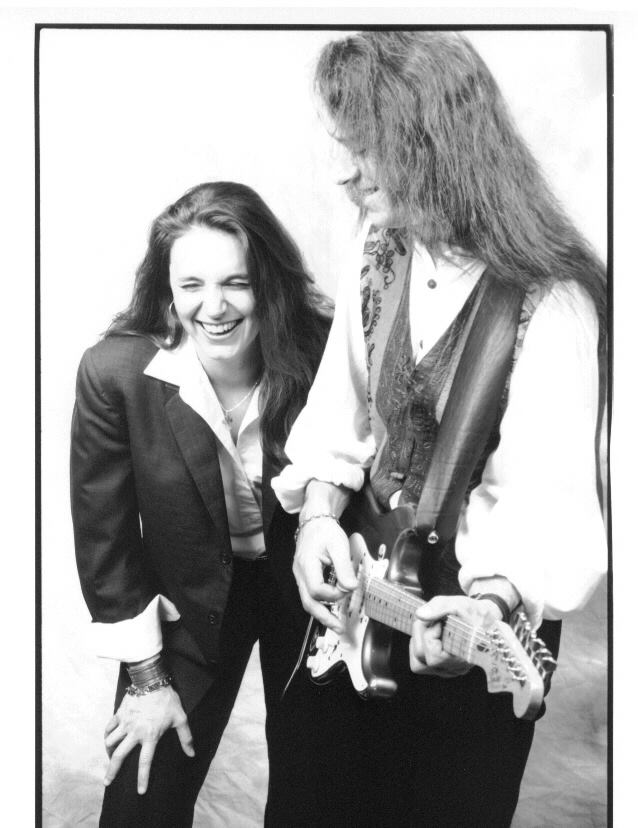 Tim Albert & Lisa CampbellUncle Albert Band
Read More
We have known Melissa since the beginning of her career. With each album she has solidified her mark on the St.Louis music scene. Melissa has a Bonnie Raitt attitude, but with her own distinct voice and musicality. 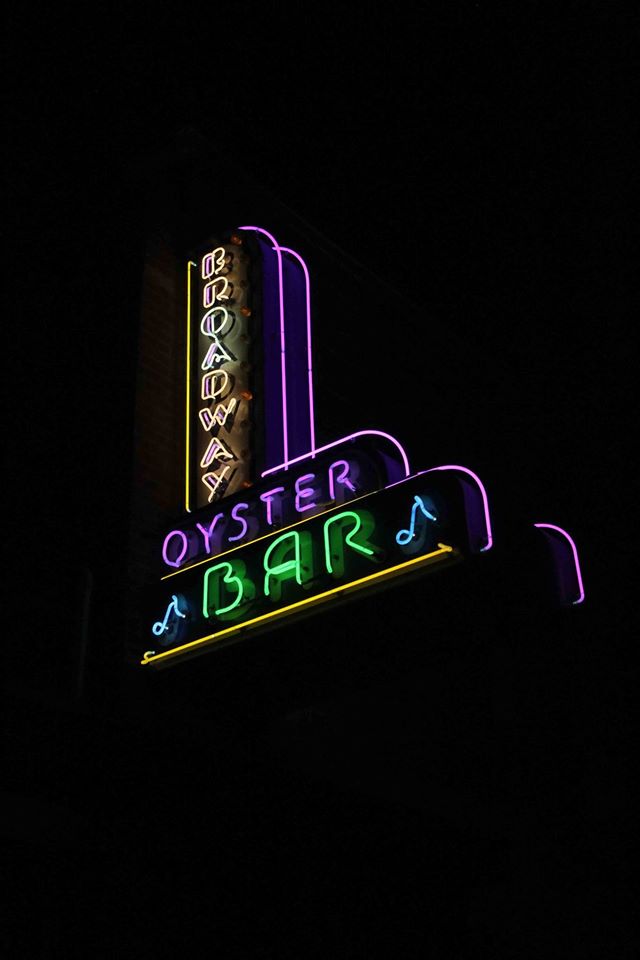 John JohnsonFormer Owner and Talent Buyer at Broadway Oyster Bar
Read More
“We have booked Melissa Neels and her band for a number of years to entertain our guests who join us in large numbers after Cardinal baseball games. Not only do they consistently do a great job and keep our guests involved by listening and dancing but they are also very professional and easy to work with. We recommend them highly for your musical needs." 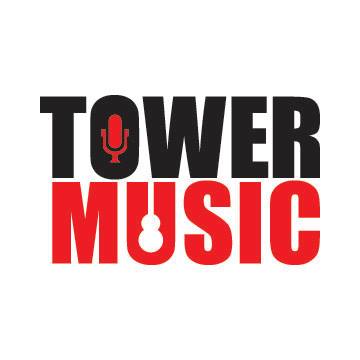 Tim WoestendiekTower Music
Read More
The Melissa Neels band has become one of my favorite bands to see in St. Louis. Their solid rhythm section, the tasteful guitar riffs, and Melissa’s great stage presence is always the perfect recipe for an unforgettable show. Their deep repertoire of songs makes every show feel like something new instead of a cookie cutter show with the same 30 songs every night. The Melissa Neels band has a great blues foundation but is always diverse with elements of rock, jazz, and country sprinkled in on the top, creating a sound all their own, even when covering other bands’ music. If you’re looking for a fun night out, Melissa’s shows are a sure-fire solution!"
Previous
Next